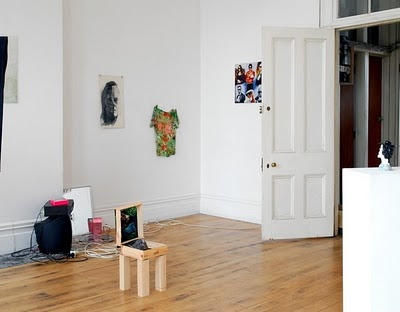 Bill I was thinking of calling the show MUSTANG SALLY like the song from the movie commitments, becasue its the grossed thing I can think of.
It's a big karakoe favourite here in Oz, wel it was with the local punters, the normal pepes, who drank at the canberrrra bowling club because it was there true watering hole and not because it was ironic or funny to drink there, like it was for us kids, I don't really like going there, I found it a bit ... or it was just uncomfortable with me at that time hanging out people who were gobbling up the eightes, buying shit at opp shops, grosssNboring. I found it sad as well, that this bowling club and singing mustang sally really was the locals life, the place was fucking ugly with plastic chairs and fat people and scrubbers, bra straps and massive king size packs of Holiday cigarettes.  So I am a snob, well I know I am, I can feel my nose curl. so Mustang Sally has all of that wound up in it for me. does that work for you? I might extent the letter in sally eg sallllllly just to keep it a bit kool for the kids, cause I like the kids and stick up for them all the time, but i can't shit on someone's real life.
....familiarity contempt not sexxy, like you don't want be re-heated and re-heated left over vegetables you have to be oysters or something... ha ha pfffffffffffft!
so I've never met you and one australian dude brendan dwyer, I'm going to put in, internet communication, I really liked his appraoch to materials when he had a show here 4 years ago when I first moved to town, he just squirted clear gap filller on to raw canvas and then has this fish tank full of cotton wool and above it 'I am a paedophile' written in those colourful frindge magnet letter, backwards,  balm for me when I found Melbourne stuff all slick same 90's colours, there is ninja motorcycle green that's everywhere..."
No comments: 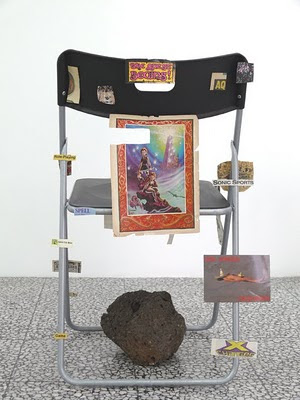 scum manifesto . good word use! I like the squishing of all the words/terms together, it makes them all contradict or exchange partners, this thing is a gem, perhaps not for the reason's it intended, nor exactly the opposite, but somewhere in between or from the future and not really about men, inherently, of course not, jeepers, but just how things a set up for us, if they are. I kinda like it

'...to be sure he's a "Man", the male must see to it that the female be clearly a "woman", the opposite of a "man", that is, the female must act like a faggot. And Daddy's Girl, all of whose female instincts were wrentched out of her when little, easily and obligingly adapts herself to the role...'

therefore I am a faggot, awesome.
6 comments: